The Inscriptions on the West Facade

It is perhaps no accident of history that that the Athena Victory (Nike) Temple is the first structure that confronts the visitor to the Acropolis, and that the meaning of “Nicholas” is “the Victory of the People” (e nike tou laou). Just as the Parthenon reminded the ancient Athenians of the price for their freedom, so the Saint Nicholas Shrine at Ground Zero reminds the whole American People that our most treasured freedom is that of religious belief according to our conscience, and that mutual respect for all religions is the only way to live in a world without war and violence. The words of our Lord Jesus Christ, and the words of Pericles of Athens, which will be forever etched on the front of the Church, will ensure that we never forget. Learn more about this icon. 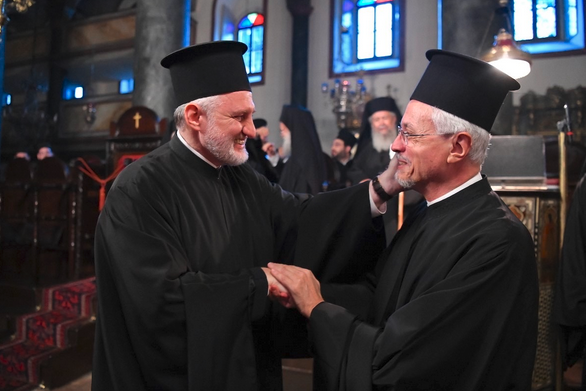 Father Loukas, the iconographer whose prayerful and Spirit-filled work will adorn the Saint Nicholas National Shrine is a well known figure, particularly to Father Alexander Karloutsos, who urged that this remarkable monastic be commissioned to paint the icons for Saint Nicholas prior to the election of Archbishop Elpidophoros. Nevertheless, the program that Father Loukas was asked to execute was at best, underdeveloped and in some cases, incomplete. His Eminence Archbishop Elpidophoros, together with the Friends of St. Nicholas (FoSN), asked the newly-elected Bishop of Amissos, His Grace Joachim (Cotsonis), an internationally recognized scholar of the traditions of Byzantine Art, to review the interior spaces, and submit his recommendations. Learn more about this icon. 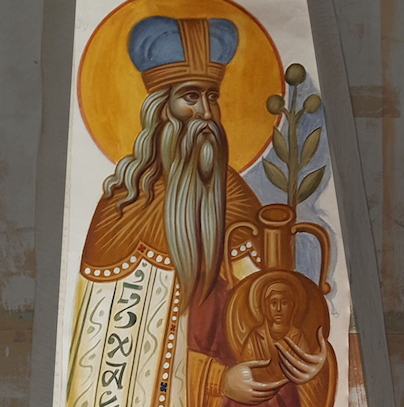 Depictions of Prophets were included in church iconographic programs at least as early as the 6th century, as seen in the various mosaic decorations of the Byzantine churches of Ravenna. After the period of Iconoclasm (ending in 843), when Byzantine ecclesiastical architecture emerged most characteristically as a centralized plan surmounted by a prominent dome at its core, it became customary to place images of the Prophets in the dome, below the central medallion bust-length-figure of Christ, usually referred to as the Pantokrator. The dome, the highest point within the church structure, became associated with heaven and thereby was reserved for the depiction of the Lord and His ministering servants. Depending on the architectural structure of a church dome, the images of the Prophets, depicted standing, are placed between the ribs that radiate centrally from the center of the dome and central image of the Christ Pantokrator, or they are placed on the walls of the upright drum of the dome. Learn more about this icon. 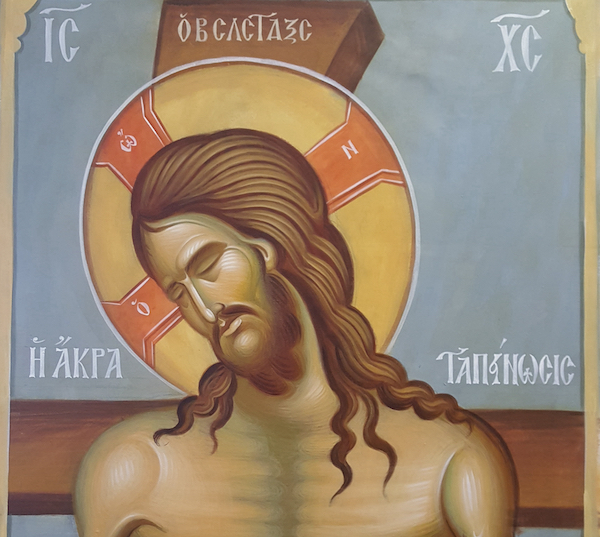 The sanctuary of a Byzantine/Orthodox church is adorned with many and various sacred images: those found on the icon-screen (iconostasis, templon), those that appear on the east wall (the apse and conch of the apse), on the side walls of the sanctuary, and on the arch over the sanctuary. However, in addition to these spaces where the icons are more visible to the faithful, there are two other significant liturgical spaces within the sanctuary proper, auxiliary chambers or niches, which flank the apse and customarily receive sacred images: the prothesis on the left or north side, and the diakonikon on the right or south side. Collectively, these auxiliary spaces were referred to as pastophoria and became standard from the 9th century onwards as part of the typical, centrally planned, domed church. Learn more about this icon. 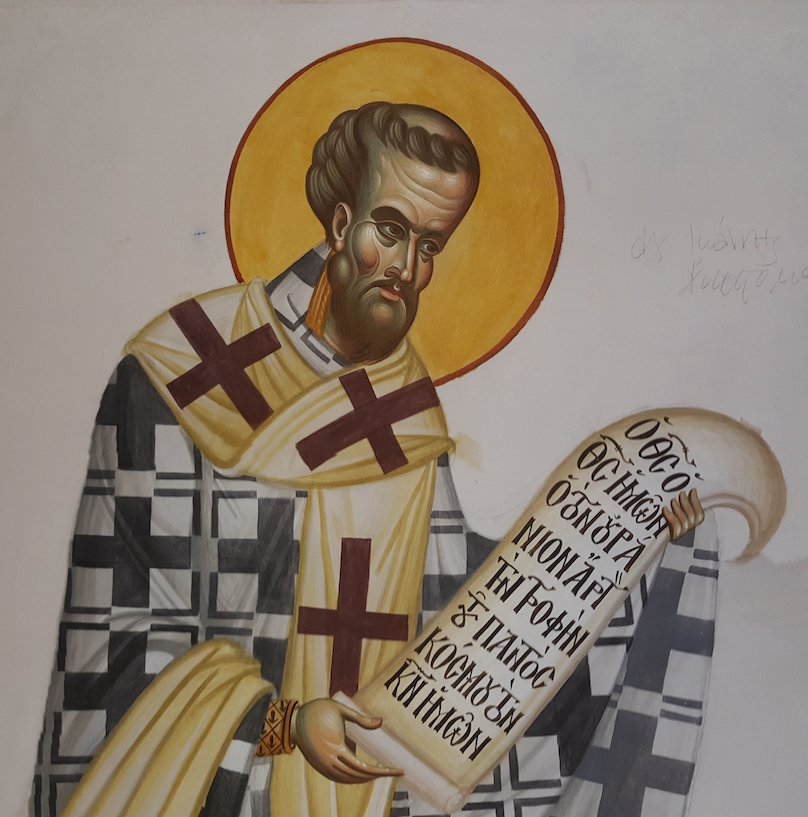 One of the main iconographic elements usually found in the sanctuaries of Byzantine/Orthodox churches is the presence of images of saintly Hierarchs at the lowest level of the east wall, closest to the Altar Table itself, and to the actual space occupied by the celebrating clergy. For centuries, the sanctuary space has been regarded as the most sacred part of a church building since it is the place of the Altar on which the Eucharistic gifts are transformed into the true Body and Blood of Christ. Learn more about this icon. 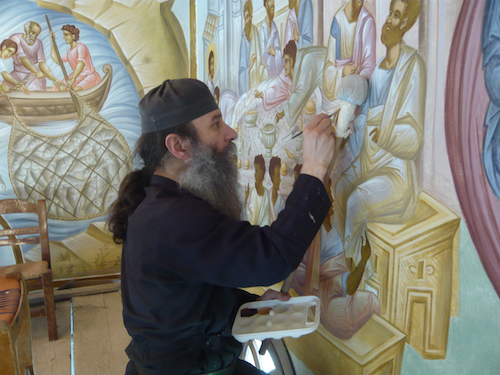 It is very rare to learn the details of a monk’s life. They retreat from the world, not for any fame or personal glory, but to enter into a deeper relationship with God on the world’s behalf. Father Loukas, the iconographer whose prayerful and Spirit-filled work will adorn the Saint Nicholas National Shrine, is a true monk. He seeks not personal glory, fame, or recognition. He paints because it is his Spirit-filled vocation. And we are so very blessed that he is the one whose work will fill Saint Nicholas. Learn more about Father Loukas.

The Image of Christ in the Dome 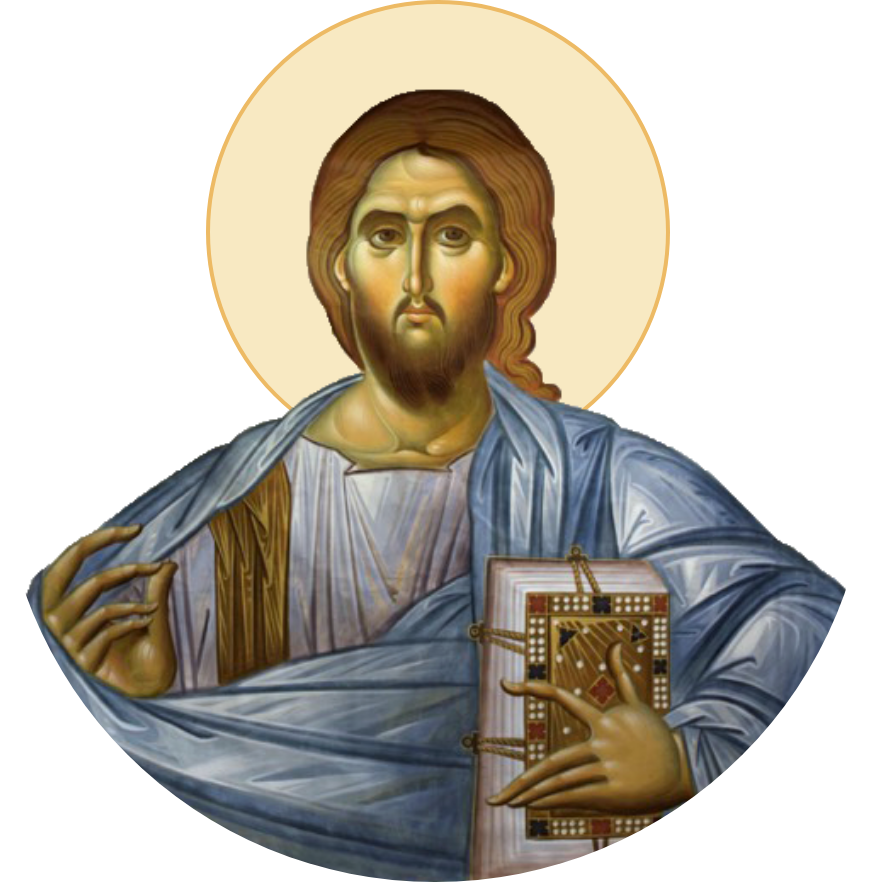 After the period of Iconoclasm (ending in 843), Byzantine ecclesiastical architecture emerged most characteristically as a centralized plan surmounted by a prominent dome at its core. It continues as the most common scheme for an Orthodox church today. This form of architectural plan readily serves to reflect the hierarchical system of the Orthodox Faith and its visual expression, whereby the dome, the highest point within the church structure, became associated with heaven and thereby was reserved for the depiction of the holiest figure, Christ Himself. This has become the definitive image of the interior space of Orthodox churches. Learn more about this icon.