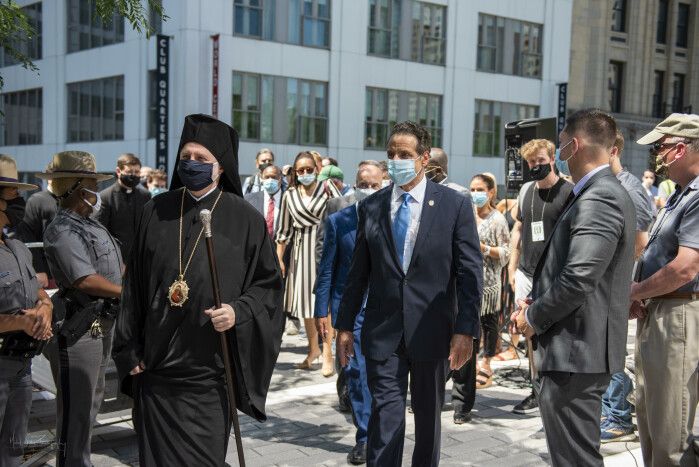 “St. Nicholas is not just a national shrine, but rather a global shrine.  St. Nicholas is a symbol of peace and unity to a country that is desperately divided and a world which is in chaos.”  - Governor Andrew Cuomo, January 2, 2020

“We are going to open the Saint Nicholas Church and National Shrine as a sign of love, not hate, a sign of reconciliation, not of prejudice, and a sign of the ideals that exist in this great American Nation, where one’s religious liberty and freedom of conscience never excludes, but only embraces.” - His Eminence, Archbishop Elpidophoros

“In New York, we know from experience that rebuilding after a crisis means much more than just restoring bricks and mortar or reviving an economy; it also requires healing a broken spirit.  This Church helps that healing, and it will be a national shrine, rising on a place made sacred by the suffering that took place here and will send a powerful message to the world that New York
is a state made stronger by tolerance and our respect for one another.” - Governor Andrew Cuomo, August 3, 2020

“Somehow all of our community’s aspirations, pride and redemption are enshrined in this magnificent edifice that is being built.” - Mr. Demetri Papacostas