"Rebuild My Church"....These words of our Lord Jesus Christ have been the inspiration to rebuild the Saint Nicholas Greek Orthodox Church, the only house of worship destroyed on 9/11, since that fateful day in 2001. But it would be rebuilt as more than the humble Greek Orthodox Church of lower Manhattan; it is being rebuilt as a National Shrine and place of pilgrimage for our Nation. And in accordance with the word of the Lord, it will be a House of Prayer for all people (Mark 11:17).

The original St. Nicholas Greek Orthodox Church was founded in 1916 in a small row house that had been used as a tavern. Greek immigrants of lower Manhattan purchased it in 1892 as a community home. For many Greeks coming to America, it would have been among their first stops after seeing the Statue of Liberty and their disposition from Ellis Island. 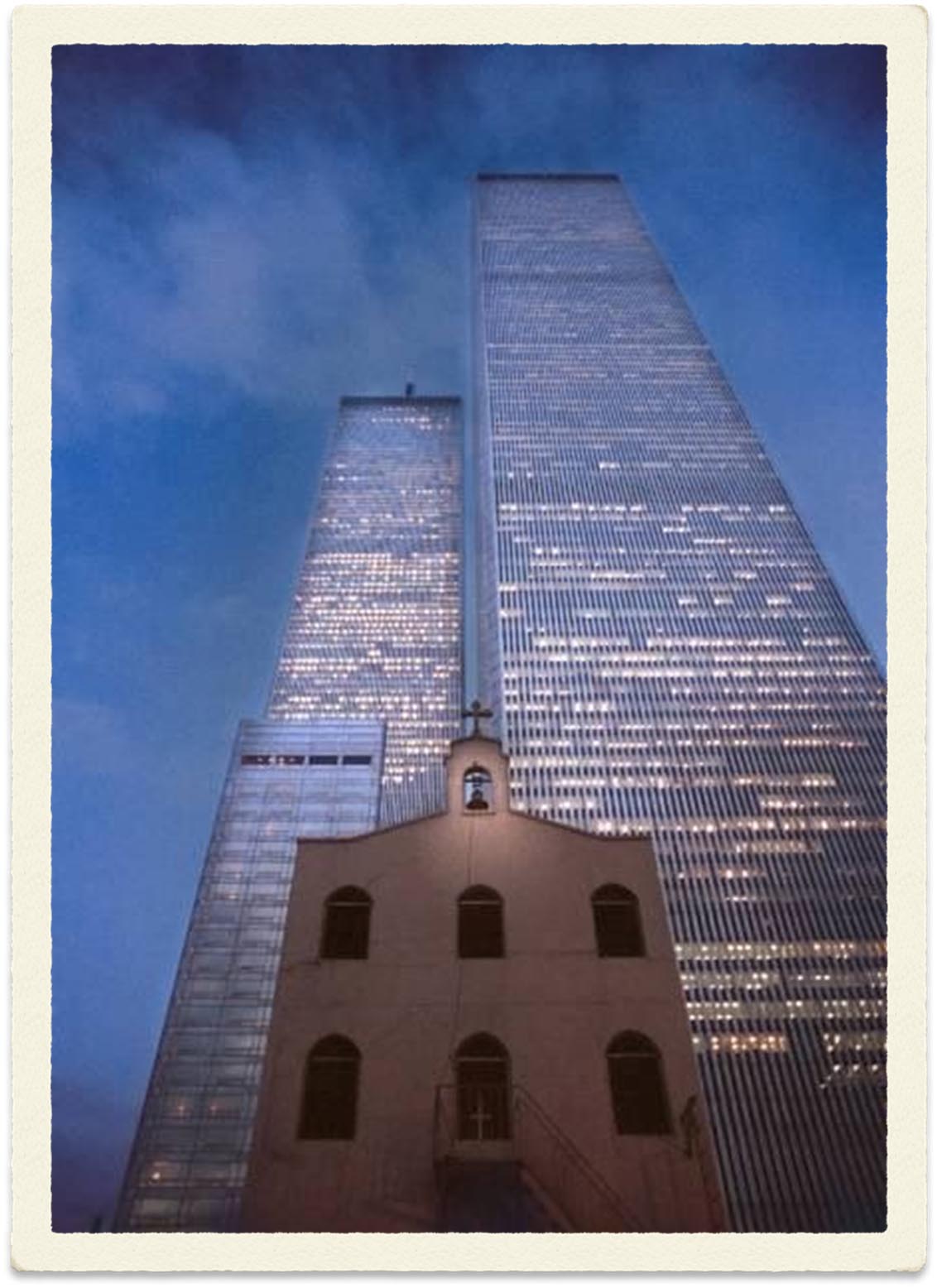 The little church stood in exactly the same location, 155 Cedar Street, witnessing the decades of growth and transformation around the financial centers of Wall Street and Battery Park. Even through the sixteen-acre construction of the original World Trade Center in the 1960’s, the little church was an ever-present spiritual jewel, open to all. There are generations of New Yorkers who remember stopping by to light a candle, say a prayer, or just sit quietly. Over the years, the community of Saint Nicholas resisted attempts to sell the property, and by 2001, the church was encircled by a parking lot.

Everything changed on 9/11. Saint Nicholas was completely destroyed in the collapse of World Trade Center Tower 2 during the September 11, 2001 terrorist attacks. Thankfully, no one was in the Church when it was destroyed. Nevertheless, there are reports of Greek Orthodox Christians who escaped the burning Towers by running toward the sacred sound of the bell in the campanile that was a visual hallmark of the Church. In the immediate days that followed September 11th, when rescue and recovery efforts were at their most intense, a few scant objects were recovered from the site near and around 155 Cedar Street. Sadly, much like the remains of those who perished when the Twin Towers collapsed, few precious relics were found.

Even as there were challenges to commence construction, in July of 2010, remains of an 18th century ship were unearthed on the very location of the former Saint Nicholas Church. The Miracle-working Saint is known throughout the world as the patron saint of those who sail the sea, and many took this as a sign that the resurrection of the Church was nigh.

Negotiations between the Church and the Port Authority to rebuild Saint Nicholas came to fruition under the leadership of New York Governor Andrew Cuomo and a new opportunity took shape. His office mediated settlement discussions designed to solve the issue of the Church’s place within the WTC site once and for all. The result of this process was the decision to position the new Church at exactly the same place that had been determined years before, 130 Liberty Street just a stone’s throw form its original location.

At the signing, Governor Cuomo said:

“We lost Saint Nicholas Church in the destruction of September 11th and for too long its future has been uncertain. Rebuilding Saint Nicholas Church, with a nondenominational bereavement center, is not just good news for the Greek Orthodox community, but for all New Yorkers. With this agreement, we are continuing New York’s collective healing, restoration, and resurgence. Now we are finally returning this treasured place of reflection to where it belongs.”