In the immediate aftermath of the 9/11 terrorist attacks, some members of our community showed themselves and their character in their quick and compassionate response. One of the stories that we have yet to tell is how the other parishes in New York stood by Saint Nicholas: Saint Barbara at the foot of the Manhattan Bridge on the Lower East Side, where IOCC set up its headquarters in the aftermath; Saints Constantine and Helen in Brooklyn, where the community worshipped; Saint George Tropeoforos in Midtown, where the first St. Nicholas Parish Sacrament post 9/11 took place in November of 2001.

But today’s stories are about individuals who distinguished themselves in that painful aftermath. In highlighting these three, we in no way overlook the many hundreds and indeed thousands who mobilized in the wake of the destruction and unspeakable loss. But these three had a direct impact on the recovery efforts that were engaged for the sake of the little Church of Saint Nicholas, which had spent so many generations on Cedar street and which was lost on that terrible day.

Three names that come to mind: Michael Karloutsos, Nick Spanos and Andrew Veniopoulos. Michael is the son of Father Alex and Presvytera Xanthi Karloutsos. Nick Spanos is a New Yorker whose skills have served the Church in a variety of ways over the decades, including logistical support for the Ecumenical Patriarchate, and Andrew Veniopoulos, having served the Ecumenical Patriarchate for many years and coordinated the Holy and Great Council, went on to serve as Project Manager for The Friends of St. Nicholas, a position from which he is soon to retire. All three have tremendous logistical skills and a strong devotion to our Orthodox Faith. Their stories are below.

On the morning of September 12, 2001, Nick Spanos was in Astoria with a sick relative. He tried to get to Ground Zero by car, but the police had blocked traffic into Manhattan. Resourceful, he got a bicycle and went over the 59th street bridge to get downtown. When he arrived at the site he saw nothing but horrible destruction. All the familiar landmarks were gone. Looking for a way to help, he took products from one of his businesses (buying and fixing broken radios) and brought them to Ground Zero. The police and fire departments’ radios had been rendered their radios inoperable. When I met an officer of the emergency management or any local officials I gave them radios. Also, with help from Governor Pataki’s office, we commandeered the Jacob Javits Center parking lot as a staging area for the incredible amount of equipment that often jammed up the rescue and recovery efforts. Volunteers from steel unions welder’s unions were dispatched from the site. Police from all over the country came to volunteer in their squad cars, and Nick came up with the idea to have them organize themselves to just park in different areas of the city for a visual presence and to make people feel safe. The radios moved up and down the supply line on the “West Side Highway” leading to Ground Zero. He also established an operation dock at Chelsea Piers to move supplies to Liberty Harbor using ferries. 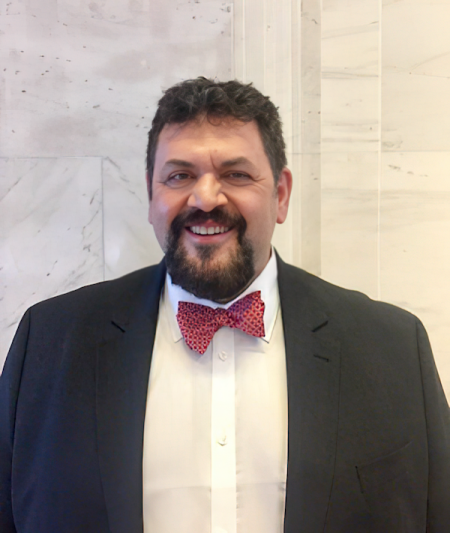 As Andrew Veniopoulos watched the smoke rise into the NYC skyline from Michael Karloutsos’ balcony overlooking Manhattan in Astoria, he and Michael started to mobilize on how they could help in the recovery effort. Using a cargo van, they went to various Greek Diners, picked up donated food and water, and delivered it to the first responders at Ground Zero. Their access was provided by Inspector John Kassimatis (https://stnicholaswtc.org/hero-of-saint-nicholas-april-2021-recipient/). They made dozens of runs down the West Side Highway, which was closed to non-emergency traffic, delivering what they could for weeks on end. In the subsequent years, Andrew became deeply involved with the Archdiocese efforts, and later, The Friends of St. Nicholas efforts to rebuild the Church. His service as Project Manager for The Friends of St. Nicholas has been exemplary. 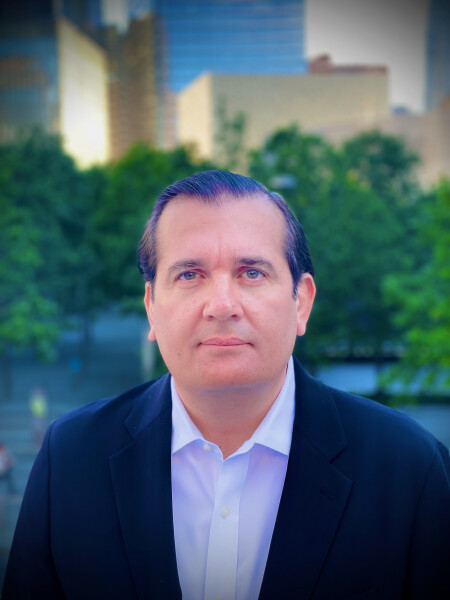 We conclude with Michael Karloutsos, in his own words:

Within 18 hours of the first attack on the north tower Andy Veniopoulos, Nick Spanos and I were I site at Ground Zero.  Originally the plan was to recover the remains of Saint Nicholas or any remnants of the Church itself but it quickly became part of the search and rescue and then ultimately the search and recovery. The one thing that all of us, every person that was at Ground Zero for days upon weeks upon months could never forget was the unmistakable smell. The smell of death, carnage, and of pure evil. Having watched the events of  9/11 happen from my terrace in Astoria which overlooked the east river and, up until that morning, had an amazing view of the Twin Towers, it seemed the unthinkable happened to my City and my Country, which were both brought to its knees. But New Yorkers never roll over and Americans never quit.  In the days following 9/11, we created programs to spiritually care for the first responders who had lost loved ones and colleagues. We served thousands of meals to members of the bucket brigades that were literally pulling body parts out of destruction. We never did find the remains of Saint Nicholas, but we were inspired by the resolve, commitment, and compassion of those who would not leave until the job was done. 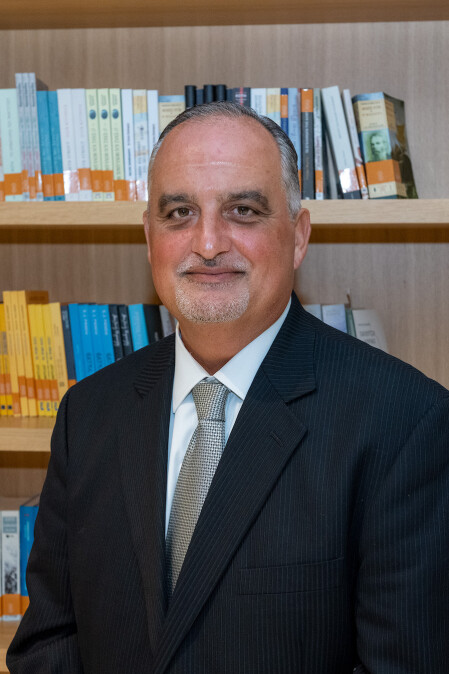 These three asked for nothing in their service to the Church. They were deeply motivated to offer offer their assistance and solace in the face of this horrific day in American history.

They are all, truly, Heroes of Saint Nicholas.