Peter, John, and Jimmy Costalas and their Families

With the upcoming memorial of the two-year anniversary of the death of a beloved community member, Peter E. Costalas, we were remiss in not including him in the recent article entitled, Heroes of 911.  Our article focused on the two living Costalas brothers, when, in fact, there were three brothers involved in the business partnership and behind all of the achievements outlined in the same article.  Peter was the eldest of the three brothers and his father's middle son. Known as the patriarch of his family, he was the visionary behind the family business and the one that led to its success. A pillar of the community and our church, Peter Costalas will always be remembered for his kindness, generosity and loving heart.

Here is their story again, with added pictures….

Peter, John and Jimmy Costalas and their families can never forget 9/11. They were just a block away at their Essex World Cafe for decades, and witnessed the horrific events of that fateful day. As John commented to the press some years later: “I watched the Towers go up. All the people who worked in the Twin Towers came to eat here. Young professional people, some from the Port Authority. You never forget people jumping from the 93rd floor trying to get out. It got so dark. I’ve never seen anything like it in my life.”

The story of the Costalas family is a classic American, and Greek-American tale. Since their parents came through Ellis Island, they opened nineteen restaurants in New York City. They worked long hours, from before the sun rose until late into the night, but at the Essex World Cafe, they became part of the history of the World Trade Center, for they witnessed its creation and its destruction.

On the day of 9/11, their lives were spared by a random act that had great consequences. A tractor trailer truck was deserted directly in front of their location at 112 Liberty Street, which shielded their entrance and those inside when the South Tower came down, the same Tower that obliterated the original Saint Nicholas Church only a few hundred yards away.

Everyone involved – the family members, employees and those in the Essex were spared, but not before they all made harrowing escapes. Jimmy’s daughter, Vivia Costalas Amalfitano, noted how the only way they escaped the the back of the Essex was “by feeling with their hands.”

Peter, John, and Jimmy Costalas and their Families Photo Gallery 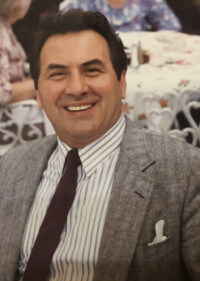 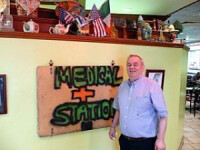 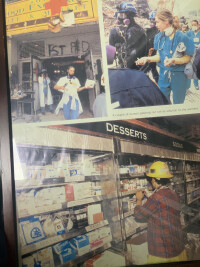 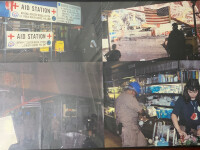 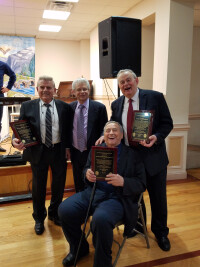 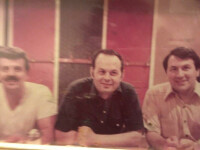 In the days and months after, the Essex became a trauma and triage center and was used as a medical station. But for the Greek Orthodox Community, and the parishioners of the Saint Nicholas Church that had been on Cedar Street, the Essex became a House of Memory and a House of Healing. Through the years, parishioners and family members of those lost on 9/11 have gathered at the Essex. Even though forced to close for more than two years, when they reopened their doors, they reopened their hearts to the community and especially the survivors.

In the intervening years, as the Archdiocese struggled to maintain its rights to rebuild Saint Nicholas, the Costalas Family and the Essex served in quiet but effective ways. Some will remember that the relationship between the Authority and the Archdiocese broke down between 2008 and 2010. This was a time when all official communication ceased. But the Essex was always there – a place where the Greek Orthodox community rubbed elbows with members of the Port Authority, whose new headquarters was right around the corner. With their humanity and their constant, friendly presence, the Costalas Family was the bridge that brought people together in unspoken, decent, and Christian ways.

In 2018, the Essex closed when the the block changed hands, but it is now reopening just up the block at 120 Liberty Street, closer to 130 Liberty where the new Saint Nicholas Greek Orthodox Church and National Shrine is rising like a phoenix from the ashes of 9/11. And the Costalas Family and the Essex will continue to be part of the story going forward. They are the part of the living history of September Eleventh, and they are Heroes of Saint Nicholas, for whom we should all be ever grateful.