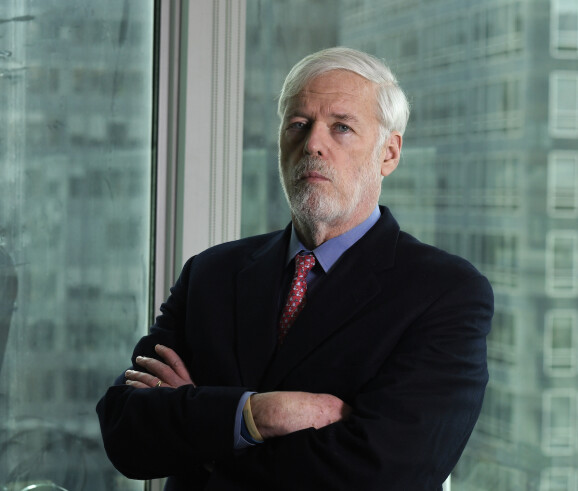 “I have always believed that the Rebuilding of the World Trade Center would not be complete until Saint Nicholas Greek Orthodox Church & National Shrine was open to members of the Church and members of the public seeking solace not only in the Church but in the non-denominational bereavement center as well. The original Saint Nicholas Greek Orthodox was the only house of worship destroyed in the attacks on 9/11 and the new Church will also be the only house of worship at the World Trade Center I am humbled to have played a role in the rebuilding of the Church and Shrine in my service as Executive Director of the Port Authority of NY and NJ.”

Pat, an attorney and graduate of Fordham University Law, had been involved in New York public life for decades. He was the chairman of New York's Empire State Development Corporation, as well as a board member of the Metropolitan Transportation Authority.

His appointment to be Executive Director of PANYNJ by Governor Cuomo came at a critical juncture in the development of the Saint Nicholas National Shrine, leading to the Ground Blessing and commencement of construction at 130 Liberty Street, the site agreed to by all parties. In fact, this site had been determined years before, but there were challenges along the way.

Negotiations between the Church and the Port Authority to rebuild St. Nicholas had broken down in 2009 and resulted in litigation in 2011. As a result of settlement discussions mediated by the Governor’s office, the Port Authority and Archdiocese agreed to an independent engineering study to determine the feasibility of siting the Church at various locations in Liberty Park. At Governor Cuomo’s direction, the four-month study was led by Peter Lehrer, a nationally renowned construction expert, who worked on the project on a pro bono basis with Director of World Trade Center Construction Steven Plate and independent engineers Gorton & Partners and McNamara/Salvia, Inc. The study concluded that structural issues could be resolved to site the Church at 130 Liberty Street at significantly reduced cost compared to the original agreement and with no delay to construction at the World Trade Center site.

Under the agreement, the Port Authority was responsible for below-ground infrastructure costs and the Archdiocese was responsible for all costs related to the above-ground construction of the Church. The Church is agreeing to swap its 155 Cedar Street land for the rights to the Liberty Street parcel. Under the agreement, there were no payments made by the Port Authority to the Church.

Pat Foye led the Port Authority in these crucial years, and provided the kind of decisive and essential leadership to make the construction of the Shrine possible. As Father Alex Karloutsos observes:

Pat’s leadership is what really closed the deal.  I called him up and told him that the Port Authority’s lawyers were holding up the deal because they were not getting back to our lawyers concerns in a timely manner.  Mr. Foye immediately called for a day long legal meeting between the two parties and chaired the entire meeting himself. He made us all read the contract line by line and come to a final, binding agreement.  Pat Foye is one of our unsung heroes without whom the rebuilding of our National Shrine would not be possible.  For Pat, as the Navy Seals motto states, “it’s the deed, not the glory.”

On August 14, 2017, Pat was succeeded by Rick Cotton as Executive Director of the Port Authority of New York and New Jersey. He then became Chairman and CEO of the Metropolitan Transportation Authority from 2017-2021. He now leads ASTM North America, a large infrastructure investment firm, as CEO.

His integrity and leadership were vital to the success of rebuilding Saint Nicholas and creating our National Shrine, and therefore, he is recorded among the Heroes of Saint Nicholas.