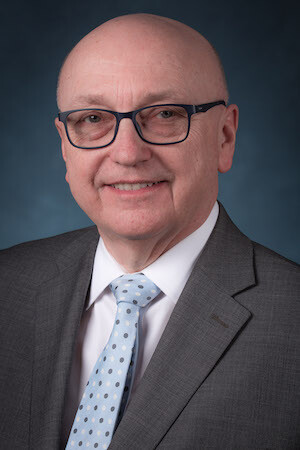 Steven is currently the Chief of Major Capital Projects of the Port Authority of New York and New Jersey. He has served as the Chief since 2015. Prior to his selection as Chief, Steven served as Deputy Chief of Capital Planning and Director of World Trade Center Construction from 2006 - 2015.

On 9/11, Steve’s heart was broken by the loss of life of those who perished in the horrific terrorist attack, including the 47 civilian employees working at the Port Authority’s trade center headquarters, and the 37 members of the Port Authority Police Department who were assigned there or responded to the attacks. Since that day, even more colleagues have succumbed to the after effects of the tragedy.

Early on in the process of rescue, recovery, site demolition, and then reconstruction, Steve committed himself to the cause of the little Saint Nicholas Church and its rebuilding. He met with Archdiocese officials whenever asked. His office door was always open to the Church. A devout Roman Catholic himself, he stood by the Church through dark days, and when the construction was suspended in 2017, he did not give up hope.

Today, as Chief of Major Capital Projects, Steve leads the most critical Port Authority “Meg-Projects,” that total in excess of $65 billion. In his current role Steven also continues to oversee the World Trade Center site redevelopment and the construction of the Transportation Hub. As Deputy Chief and Director, Steve was responsible for overall World Trade Center (WTC) Site Redevelopment, including management of a $25 billion 5-year capital program. The program included construction of a Federal Transit Administration funded Transportation Hub which has become the “Grand Central Station of Lower Manhattan;” the One World Trade Center Tower – which has become the tallest building in the western hemisphere at 1776 feet; the National September 11th Memorial and Museum which incorporates one of the largest man made water features in the world, which has already become one of the most visited sites in New York City.

The Saint Nicholas Greek Orthodox Church and National Shrine sits directly atop the state of the art Vehicular Security Center, in the eastern portion of Liberty Park, which contains The Sphere and America’s Response Monument.

Steven grew up in the Bronx, NY and has deep roots in the New York and New Jersey Metropolitan Area. He and his wife Nancy have two children, Gregory and Thomas, and the family now resides in Glen Ridge, New Jersey. 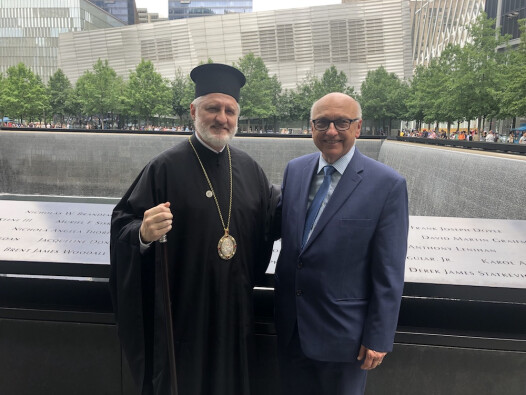